Believe it or not, one of my favorite beauty tips was learned from a Dear Abby column.  The beauty tip has to do with skin blemishes and how to quickly and inexpensively make a simple and easy face mask to improve upon the situation without the use of harsh chemicals or antibiotics.

It’s the incredible, edible egg.  At the time of this knowledge came to me, one of my son’s was  plagued with such teen aged acne that when he asked to see a dermatologist, I agreed.  We had already tried various cleansing methods and eliminated fried and greasy foods from his diet, which was the conventional wisdom of the day.  Our efforts were in vain and like many teens, his skin was very adept at being red and inflamed.  The first appointment we could get with the local dermatologist was two weeks out when Dear Abby came to the rescue with her timely article.  It sounded odd, but desperate times call for desperate measures and anything was better than nothing, so we gave it a try.

The process involves separating a raw egg.  Both the white and the yolk can be used for skin masks, and are used in the same way.  However, the yolk was suggested for clearing up acne.  Stir the separated yolk with a fork before applying liberally to clean skin.  Let the yolk dry on the skin before washing it off with cool water.  Left over yolk can be refrigerated in a covered container and used the next day.

My son’s routine was to apply the mask before showering, and then letting the water wash it off as part of his shower.  He found it easy to do and within days we were noticing improvement.  Within a week, we cancelled his dermatology appointment.  By the time his appointment day arrived, there was no evidence of him ever having had a problem.

The poultry industry is not immune to the effects of chemical toxins used to increase production, which ends up in the animal products.  As with anything, look for the most organic, free range products.  The most expensive eggs I find on the shelf are $6-7 a dozen, which is a very inexpensive acne cure compared to the doctor appointment and medications which may or may not be as effective as the egg treatment.  As crazy as it sounds, it’s effective enough that even my granddaughters don’t mind having egg on their faces.   It’s a great home remedy, and if it doesn’t work, there’s always the more expensive medical route, which often isn’t any more effective. 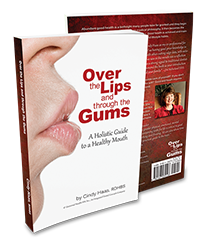